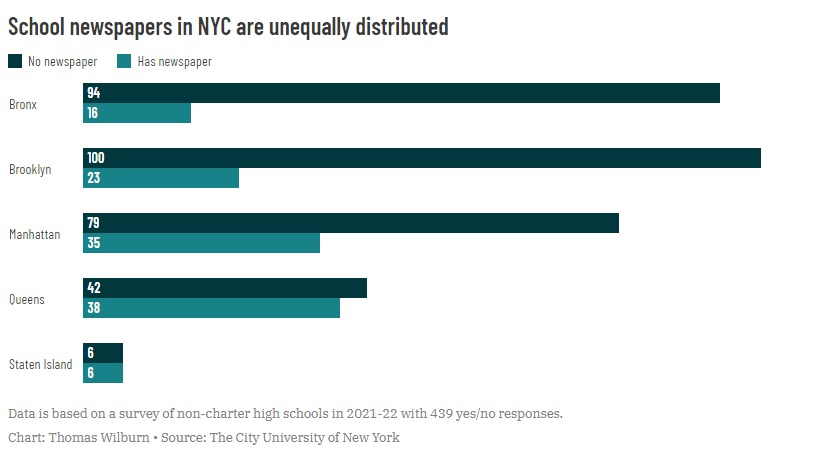 CHALKBEAT NEW YORK—November 23, 2022—Emely Ou Feng dreams of being an investigative journalist one day. But the 16-year-old hasn’t had many opportunities to pursue that goal at school for a simple reason: Her Brooklyn campus doesn’t have a student newspaper.

“Ever since I guess my freshman year I sort of knew that I want to be a journalist,” said Emely, a junior at John Dewey High School. “I should be supported by my school, you know, to pursue my passion.”

Instead, Emely has found outside programs and internships to hone her craft, though her school recently began offering a journalism elective and she jumped at the chance to enroll.

Emely is hardly alone. Roughly 73% of the city’s high schools don’t have student newspapers or websites, according to a new study conducted by Geanne Belton, a journalism professor and director of the high school journalism program at Baruch College, part of the City University of New York.

SHALOM HARTMAN INSTITUTE—December 21, 2022—What is the responsibility of Jewish leaders to address mental health in the Jewish community? Yehuda Kurtzer talks with Yael Kornfeld, campus social worker at Hunter College Hillel and a Jewish professional on the frontline of the mental health…