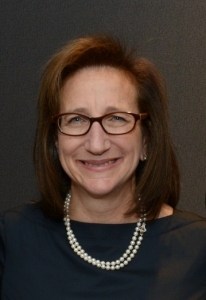 CRAIN’S NEW YORK BUSINESS — Several weeks ago, on a frigid, unspring-like Saturday, I visited my local library, the New York Public Library’s Bloomingdale branch, to do some work.

From the moment I walked in, I was inspired. There wasn’t an empty seat in the place. Young, old, middle-aged, black, brown, white—what I saw was a coming together of the diversity of our community, working shoulder to shoulder, side by side, truly in harmony.

Everyone in Bloomingdale Library was doing something positive for themselves. This is what happens when library doors are wide open. Whether you live on Central Park West or in Frederick Douglass Houses, we all belong at the library—the only public, indoor space where all are welcomed to gather, relax, read, work, learn, discuss, improve our lives and pursue our dreams.

For the last few years, the Revson Foundation has stood with the city’s three library systems to support this wonderful mission, advocating for the reversal of years of city funding cuts and increased investment. The Invest in Libraries campaign has been an unmitigated and unprecedented success—establishing citywide six-day service, extended branch hours, increased funding that allowed more staff to be hired, and hundreds of millions of dollars in capital investment for branches across the five boroughs.

This all means more for the people of New York City: more expert staff, more time in branches, and more programming. At the New York Public Library, for example, the additional funding allowed for the hiring of 60 new librarians for children and teens, which helped generate a 105% increase in early literacy program attendance. That means more kids reading, preparing for kindergarten, and getting a solid foundation in their educational careers.

The communities of this city are stronger when our libraries are stronger, and the last few years prove that.

Unfortunately, rising costs have placed the libraries in a difficult position in fiscal year 2019, which begins July 1. Paid family leave and increased minimum wage are wonderful, important initiatives, but the reality is the libraries need to cope with those cost increases. The city’s three systems need $16 million in additional funding to maintain their current levels of service. If the city can’t invest that relatively small amount, libraries will need to make tough choices, evaluating hours, collections, important repairs and other services.

In other words, without that funding, the next time someone wants to visit a branch on a chilly Saturday, it could be locked. Or the book that someone needs may not be available because not enough copies could be purchased. Or a program that a family relies on will no longer be offered.

This is not the time for trusted, safe, important institutions to be cut back. They should be made stronger than ever. The city’s budget has ballooned to over $89 billion in this coming fiscal year. Finding $16 million to ensure that libraries are held harmless should be a priority, especially as the value per taxpayer dollar is absolutely the best bang for the buck in the budget. If New York City does not keep investing in libraries, New Yorkers will be left out in the cold.

Julie Sandorf is president of the Charles H. Revson Foundation.