The Urban Affairs program is focused on projects that enhance New York City’s vitality as a leading and livable urban capital.

We partner with civic and cultural institutions, local government, and independent nonprofits that design innovative, feasible initiatives to address the common needs of diverse New Yorkers. 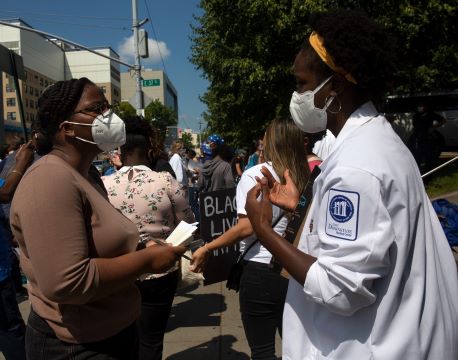 Recognizing that robust local journalism is the lifeblood of New York’s civic life, the Revson Foundation incubated and became a founding donor of THE CITY, a nonprofit digital news organization focused on public affairs journalism in New York City, in 2018.

Despite being the media capital of the country, crucial city agencies, neighborhoods, and institutions are the subject of declining coverage, leaving our city with a deeply compromised information ecosystem. Though THE CITY’s local reporting launched in only April 2019, it is already filling the gap, and its membership and readership continue to grow dramatically.

THE CITY’s diverse team of 20 journalists in all five boroughs, City Hall, and Albany are producing essential reporting. Examples of their impact include:

Through their Open Newsroom, they have engaged thousands of New Yorkers with in-person and virtual events to learn how the paper can make its reporting more responsive to New Yorkers’ needs. During the first wave of COVID-19, they published 10 guides on navigating life during the pandemic based on readers’ questions and tips. Open Newsroom attendees identified housing and work issues as particularly challenging, prompting THE CITY to create newsletters dedicated to helping their readers navigate those issues along with complicated assistance programs. Their Coronavirus Tracker, THE CITY’s most viewed feature, provided a tool to help New Yorkers understand the progression of the virus, the response of the healthcare system, and how the virus was affecting their own zip codes. Nearly two dozen accountability articles emerged from the project.