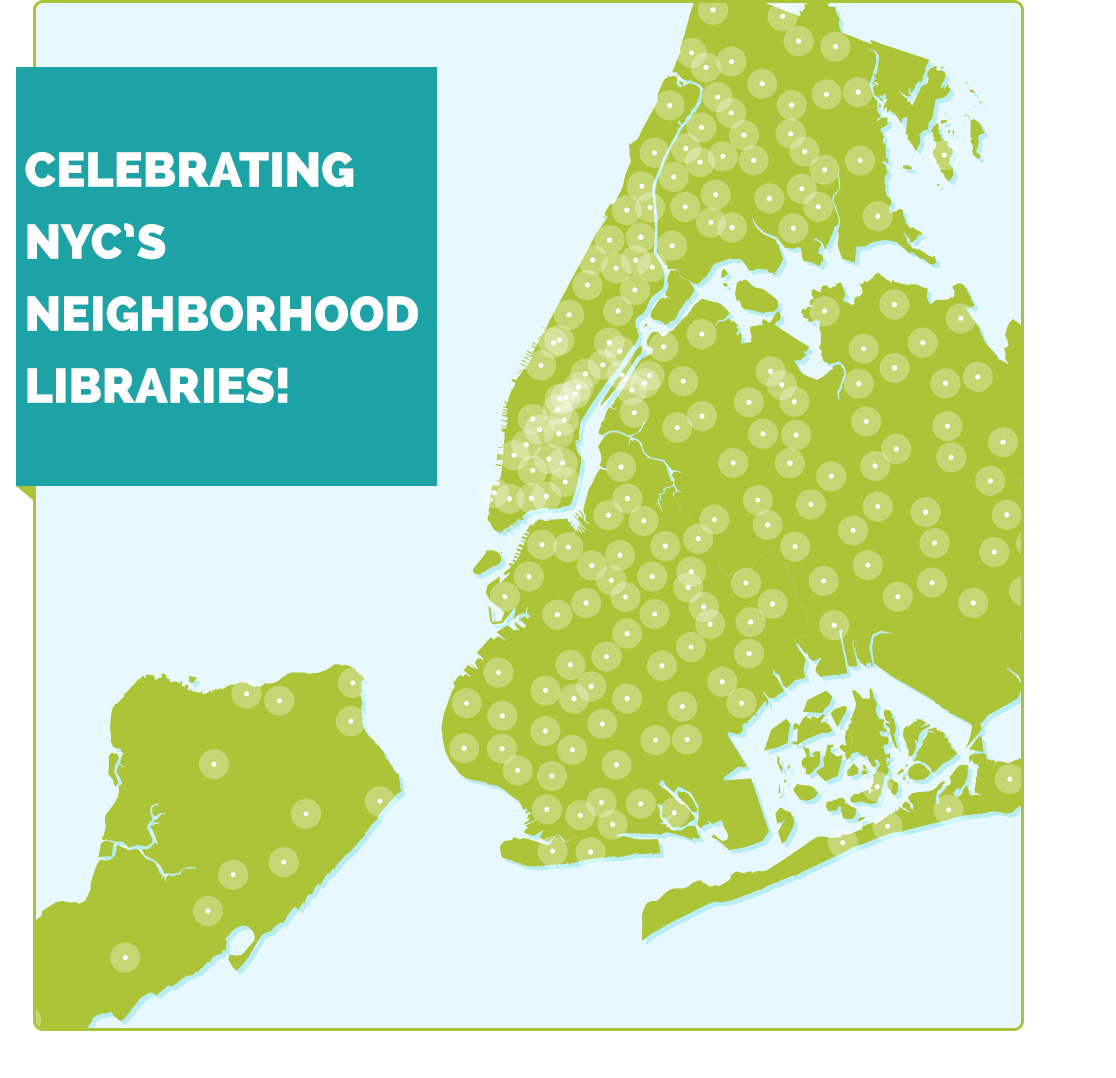 More Than 13,000 Nominations Yield 10 Finalists – From All Five Boroughs

The Awards generated more than 13,000 nominations from library users. The remarkable response – more than three times the previous record – underscores the vital role that libraries play in our city and reveals the many ways in which libraries support New Yorkers in their daily lives.

The 10 finalists are now being reviewed by a panel of distinguished judges, who will decide which five will win the NYC Neighborhood Library Award and $20,000 each – the largest cash prize awarded directly to branch libraries in the nation.

The panel of judges, who will select the five winning libraries – to be announced in May – include acclaimed authors Maira Kalman, Jonathan Safran Foer, and Jacqueline Woodson; Susan Hildreth, former Director of the Institute of Museum and Library Services; Dutton Children’s Books publisher Julie Strauss-Gabel, and Maya Wiley, Counsel to Mayor Bill de Blasio. The 10 finalists, accompanied by excerpts from nominations, are: