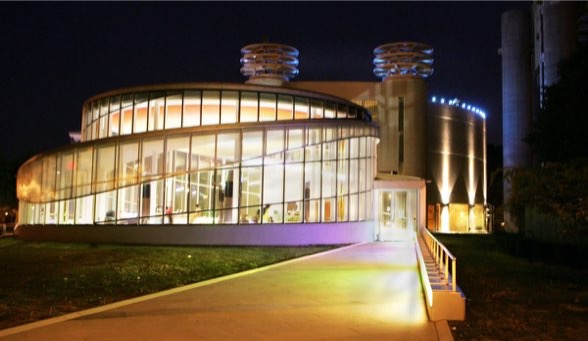 The center's report cited renovations to the Queens Theatre in the Park as taking particularly long to design, approve and complete. (Credit: Patrick Donachie)
April 17, 2017

TIMES LEDGER  —  April 14, 2017  — Capital construction projects for libraries and other cultural institutions often rack up outsized financial and time investments, according to a new analysis from the Center for an Urban Future.

The center worked with the Citizens Budget Commission to analyze timelines and costs for 144 library and cultural projects completed between 2010 and 2014 for the report that was released Monday. The report cited the design, approval process and construction of the renovations, and expansions at the Queens Museum and the Queens Theatre in the Park as examples of the challenges facing the city when working to improve such institutions.

“At a time when the city appears to be heading into a period of diminishing tax revenues and reduced federal funding, it will be more important than ever for New York policy makers to ensure that the city’s capital funds are stretched as far as possible,” the report read. “That hasn’t been the case with respect to the city’s capital programs for libraries and cultural organizati­ons.”

The analysis found that construction projects handled by the city’s Department of Design and Construction typically take longer and are more expensive than projects either handled in-house by the institutions or by other agencies. The report found that 17 of the projects between 2010 and 2014 took more than seven years to complete.

New construction projects, on average, took the longest time to complete, according to the analysis, but simpler renovations did not always fare much better. The median “mechanical system upgrade,” which the center defined as including the replacement and installation of fire alarms, boilers and heating/cooling systems, was slightly more than four years before completion.

The center found a significant reason for such delays was the approvals process, which can last years before construction commences. Construction projects spend, on average, almost a year waiting for Certificates to Proceed to be approved from the city’s Office of Management and Budget. The center also found a lack of communication among the varying oversight agencies that could lead to delays.

The report concludes with 12 recommendations for ways to improve the process, including a task force that could reform the construction process, simplifying the design review process at the DDC, and expanding the use of self-managed projects, among other ideas.