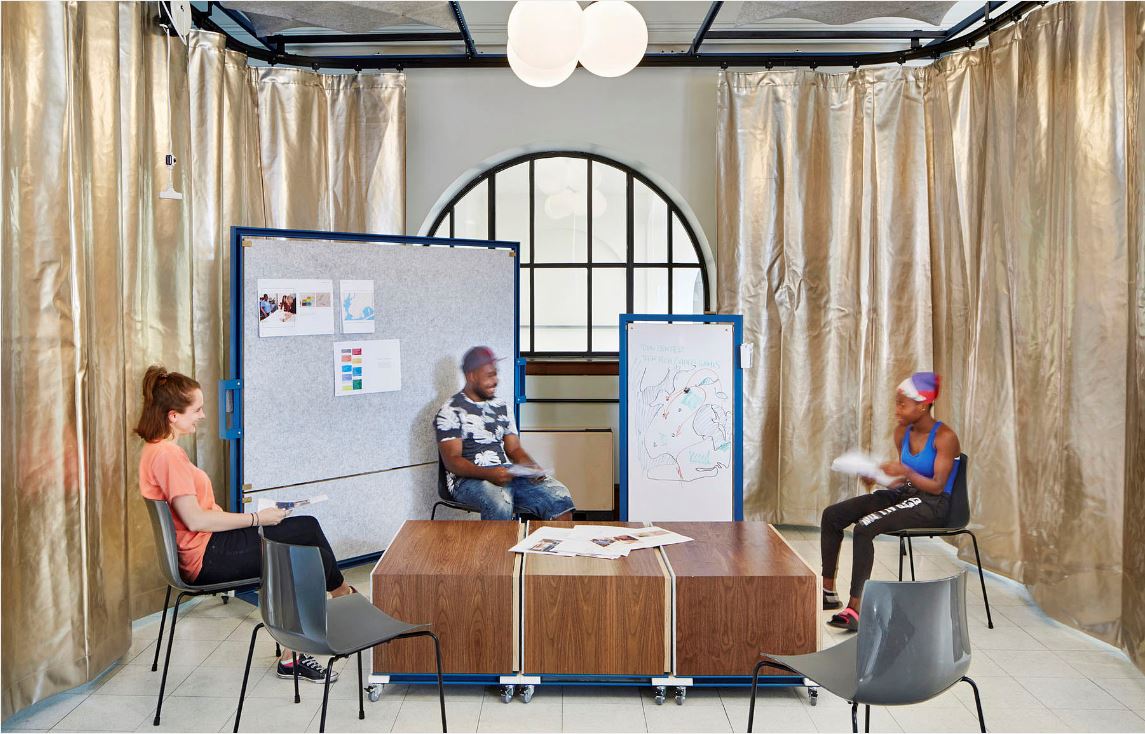 The Revson Foundation is proud to have supported the Making Space Project at the Brooklyn Public Library (BPL).

SPRING NEWSLETTER: RECENT WORK FROM SITU —  Spring 2019 — Making Space is a kit-of-parts architecture system that realigns Brooklyn’s century-old libraries with contemporary uses. While Brooklyn Public Library (BPL) has seen an increase in visitors and programming over the last decade, these successes have created a growing dissonance with their buildings—many of which were built in the early to mid-20th century, before computers or air conditioning, or even ramps, became commonplace fixtures. We designed Making Space to address this challenge.

The project proposes a nimble yet performance-driven approach for updating library facilities—a design strategy that operates branch by branch to bring about system-wide, urban-scale transformation. With these renewed spaces, librarians can conduct their current programs more efficiently and imagine even more educational and social opportunities for the residents they serve.

This project emerged from a design study organized by the Center for an Urban Future (CUF) and The Architectural League. CUF’s two reports on NYC libraries—Branches of Opportunity and Re-envisioning New York’s Branch Libraries—were critical to the design process. This project was made possible with the support of the Charles H. Revson Foundation.

Read the full piece here. Watch the Making Space in action video below.