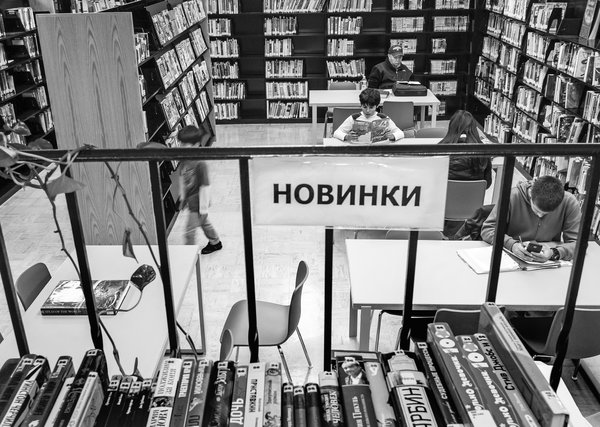 THE NEW YORK TIMES — You can always tell what time of year it is by the array of books that greet visitors to the Sheepshead Bay branch of the Brooklyn Public Library. These days, volumes on women’s suffrage, the Constitution and democracy occupy a place of honor in anticipation of Election Day.

“We have educational talks to remind the community about the privilege of voting,” said Svetlana Negrimovskaya, the branch supervisor. “We explain to them how so many people went through hardship to get the right to vote.”

Granted, the people who pack this library know from hardship. Many, including Ms. Negrimovskaya, come from the former Soviet Union. Many others are from China or Latin America. There is a smattering of Albanians, Poles and Pakistanis. Just a year ago, they were all reeling from the flooding, blackouts and stress wrought by Hurricane Sandy. To them, this boxy, plain library was a haven when it reopened three months after the storm to offer books, Internet access and even counseling.

Now if only the candidates who will win next week’s general election would take this place as seriously. Financing New York City’s three public library systems is an annual set piece of political theater, where City Hall proposes reduced budgets that are deplored and haggled over until the City Council restores much of the sum. According to a report last January by the Center for an Urban Future, since 2008 the Manhattan, Brooklyn and Queens libraries have endured cuts of nearly $65 million.