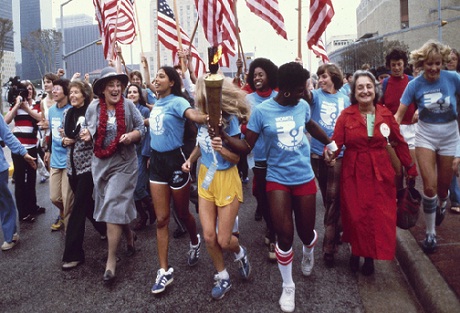 MAKERS is a multi-platform media project showcasing the personal stories of hundreds of groundbreaking American women. Originally conceived by the Meserve-Kunhardt Foundation, a nonprofit dedicated to the preservation of oral and visual history, the project is seven years in the making and has been supported by Revson since its inception. The goal of MAKERS is to highlight the revolutionary significance of the women’s movement in shaping American society and to bring the achievements of the movement and its figures—whether celebrated or little-known—the greater cultural prominence they deserve.

In 2012, a digital archive of over 175 video interviews with trailblazing women of the past half-century was unveiled on www.makers.com. The featured women include activists; cultural figures; pioneers in athletics, business, media, politics, the arts, science, and tech; the radical and the apolitical; the famous and the unsung. MAKERS interviewees are selected by a committee under the guidance of Gloria Steinem, and the collection of personal testimonies is ongoing.

In February and March 2013, the three-part documentary “MAKERS: Women Who Make America” aired in prime-time on PBS to critical acclaim and a large audience.  The film, narrated by Meryl Streep, follows the women’s movement from the 1950’s through today, using photographs, archival footage, and the voices of individual women—from Billie-Jean King, Marlo Thomas, and Judy Blume to Aileen Hernandez, Sheryl Sandberg, and Hillary Clinton—to convey the collective story of the most sweeping social revolution in American history. Watch the whole documentary online here.

The documentary and video database as well as related educational materials and suggested lesson plans are freely available, allowing teachers to easily bring MAKERS into any history or social studies classroom.