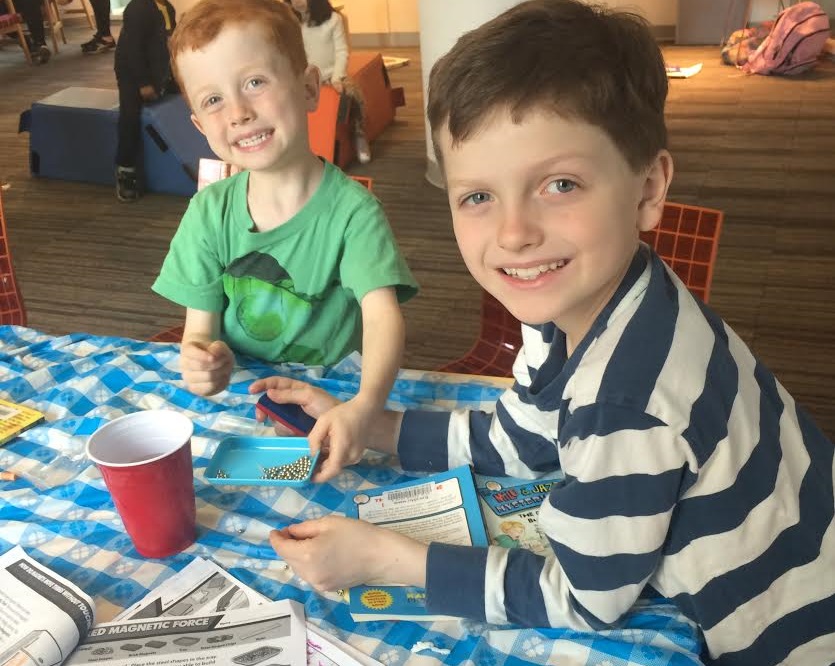 In 2014, the New York Public Library launched the Innovation Project, an effort aimed at creating a culture of change that empowers NYPL staff to propose inventive solutions to organizational challenges. The Innovation Project, originally called “The Ideas Fund,” provides funding and support for individual staff members proposing ideas for creative programs or solutions in NYPL’s 88 branch and four research libraries. Since the project’s inception over 60 staff-led projects have been supported—ranging from local newspaper digitalization efforts to a family museum passes program.

During the latest Innovation Project cycle, 125 ideas were submitted by library staff from across the organization. Following the one-month submission period, a three-week Library-wide voting period began during which more than 300 staff members cast their votes. Innovation Project winners were largely selected by popular vote and then ratified by members of the Innovation Project team. Examples of winning projects include: a robot takeover program, exploration pop-up stations for children, a job search program for the long-term unemployed, library greenhouses, language exchange classes, laundromat storytime, and an internal staff job shadowing day.

Over the last two years, with the Foundation’s support, the Library has improved and refined the project by making the voting period longer, adding larger awards to encourage more ambitious ideas, and increasing mentorship during the application process to help ensure that winning projects are achievable. To date, these changes have been successful in not only helping to make good program ideas a reality, but also in promoting both staff engagement and NYPL’s strategic objectives. The Foundation’s renewed support will allow the project to continue for a third year and continue to empower NYPL staff, engender a culture of creativity and collaboration, and adapt to the changing needs of the library’s communities across the Bronx, Manhattan, and Staten Island.