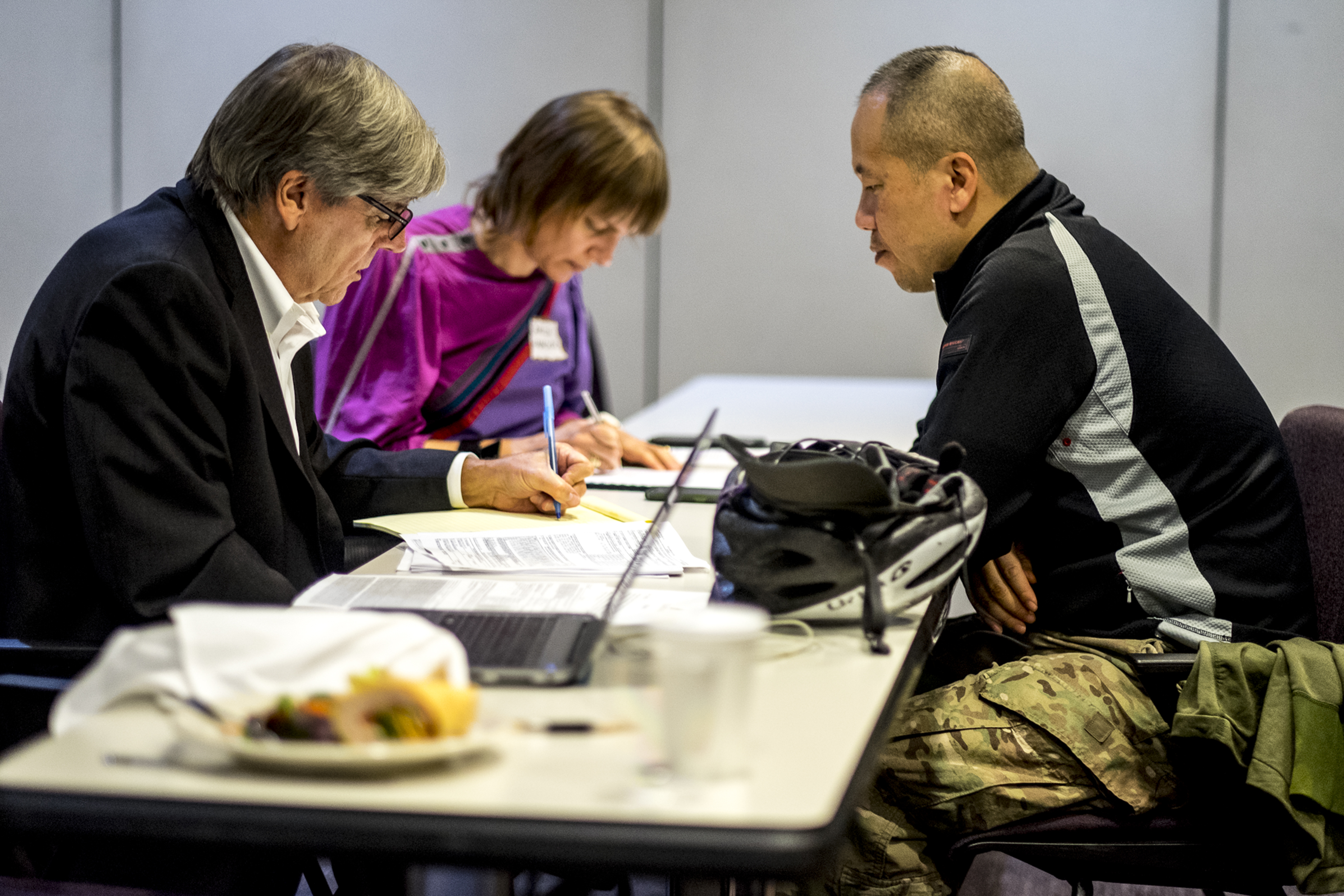 In New York City, approximately 650,000 residents are eligible to apply for citizenship, but misinformation, lack of access to good counsel, cost, and fears of a cumbersome process prevent thousands of individuals from applying to become a citizen. In order to address the significant need for citizenship services, NYLAG, MOIA, and the public libraries sought to expand the NYCitizenship program and its capacity to serve a greater number of New Yorkers.

In 2017, the Revson Foundation approved a grant to NYLAG to support the expansion of the NYCitizenship program in library branches across the five boroughs. With the Foundation’s support, the program was able to introduce a community navigator model.

Under this model, each immigration attorney receives two community navigators, who are Board of Immigration Appeals (BIA)-trained, to assist with their caseloads. The addition of community navigators allows the attorneys to focus their time and energy on the most substantial legal issues of each citizenship application and to devote significantly less time to administrative tasks.

In addition to assisting the attorneys, the navigators provide both culturally competent and language-appropriate services. The NYCitizenship community navigation teams are bilingual in the languages commonly spoken in the communities served, including Spanish, Mandarin, Russian, Uzbek, and Turkish. These attributes allow the navigators to better promote the program throughout the community, explain what the process entails to residents, and serve as the first point of contact for individuals and families interested in pursuing naturalization.

With the assistance of the navigators, the backlog of those seeking NYCitizenship appointments has been eliminated and the current wait time for those seeking to make an appointment is approximately two days. Over the last year, program staff have screened over 1,300 individuals and completed over 700 naturalization applications. With the Foundation’s renewed support in 2018, NYCitizenship will continue to serve thousands of New Yorkers by providing greater access to free and reliable citizenship services.