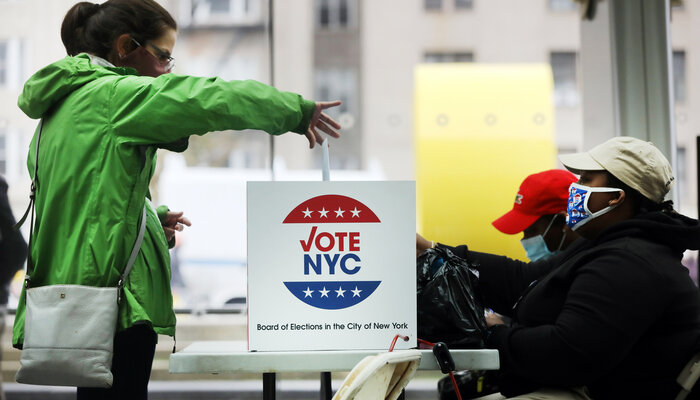 THE BRENNAN CENTER FOR JUSTICE — September 9, 2021 —“A national embarrassment.” “A disaster.” “Wins at screwing up.” These were just a few assessments of the New York City Board of Elections (NYC BOE) after its most recent in a long history of errors. The agency had mistakenly counted approximately 135,000 test ballots in a preliminary announcement of the June 2021 mayoral primary results. It quickly caught the slip, but the episode only cemented the agency’s reputation for being unable to run a major election without causing some debacle.

The board’s string of failures includes more serious ones that have disenfranchised thousands of voters, from hours-long lines and untraceable absentee ballots in 2020 to widespread machine breakdowns in 2018 to the illegal purge of more than 200,000 voters from the rolls before the 2016 presidential primary. Accounts of agency mismanagement that has disenfranchised voters, along with calls for reform from politicians, advocates, and the media, go back decades. And yet, little seems to change.

This report seeks to answer the question “why?” Why have the repeated public failures, lawsuits, government investigations, civic activism, and media attention failed to substantially improve the agency’s performance? And what can be done to change that?