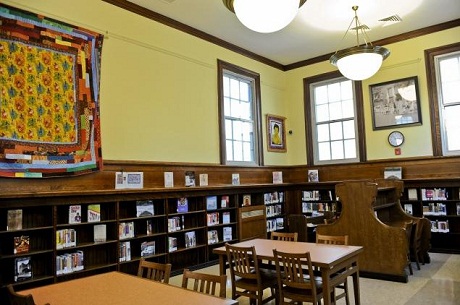 NEW YORK DAILY NEWS — Election campaigns are typically filled with calls for increased spending on new initiatives, and the New York City mayoral election is no exception. Candidates have pledged support for more preschool education, after-school programs, workforce development and immigrant services, among other items. Largely overlooked, our neighborhood libraries — 206 in all — provide every one of those essential programs, and yet city funding has been consistently cut in recent years.

These cuts are taking place despite the fact that New Yorkers are passionate about their libraries — even if they aren’t organized as a politically powerful special interest — and personally understand the transformational impact of libraries in the lives of children, seniors, and everyone in between.

The first-ever NYC Neighborhood Library Awards, sponsored by the Charles H. Revson Foundation, highlight that devotion and impact. From May 20th to July 1st, with the help of WNYC radio’s Brian Lehrer Show, New Yorkers were invited to submit nominations explaining why their neighborhood library should be one of five to win the Award and $10,000 each. In just six weeks, 4,310 New Yorkers submitted nominations […] full of heartfelt firsthand stories attesting to the extraordinarily positive role that libraries play in peoples’ lives: parents amazed by the libraries’ variety of programs for children; job-seekers grateful for help improving their resumes; immigrants empowered by citizenship preparation and English classes; seniors delighted with social and cultural opportunities; and Superstorm Sandy victims appreciative of assistance with recovery.

Yet public funding has been cut even as demand soars. A recent report by the Center for an Urban Future, titled Branches of Opportunity, revealed that over the past decade, circulation at New York City libraries increased by 59%, program attendance by 40%, and program sessions by 27%, but City funding of the libraries has declined by 8%.