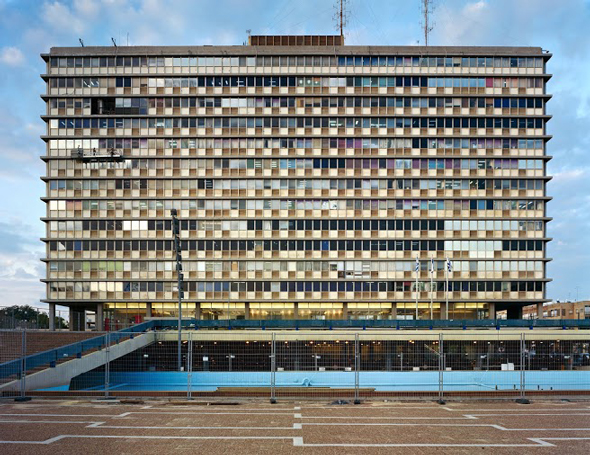 BERLIN ART LINK — Alena Sokhan: This project was a long time in the works. How did you go about setting up an open visual dialogue between established artists and what were some unexpected results?

Frédéric Brenner: While respecting the individual nature of each artist’s work, the project created formal and informal structures for fostering a collaborative spirit among the group. The most important of these were three meetings held during the course of the residencies when the photographers met, shared their work, and offered suggestions for the advancement of the project as a whole. Jeff Rosenheim, photography curator at the Metropolitan Museum of Art and a consulting curator to the project, remarked on how rare it was for artists to gather and share their work – especially work in progress. Although these meetings and other encounters between the artists did not necessarily affect their individual work, they did have a major impact on the project as a whole, as the photographers became active participants in advancing the overall work.

AS: The balance between anticipation and chance has a significant place in the role of photography. When staging an encounter between artists, how much control do you have and how much do you leave to chance?

FB: We were committed to giving the artists all the resources and freedom they needed to make their best work. It was a very open invitation in which we did not seek to predetermine the content of their work or to control it in any way. Paradoxically, this freedom and openness to chance required that we invest a great deal of time in the selection of the photographers. We wanted to have a very diverse group, with different backgrounds, perspectives, practices, and visual grammars; we also wanted artists who used their cameras to ask essential questions about culture, society and the lives of individuals.

We also introduced the artists to thinkers and activists who we felt could enrich their experience of the land and its inhabitants, and we paired them with local young photographers who not only served as technical assistants, but also served as guides, translators, and daily collaborators. Perhaps most importantly, we gave them the time to immerse themselves in their work. Most photographers spent about six months in the region over a period of three or four years.

AS: What effects (if any) does the digital age have on artistic collaboration, particularly in overcoming spatial or temporal limitations to communication?

FB: The web, email, Skype, file-sharing, etc. of course made it easier to run such an international project, but what was more interesting for me was the subtle ways the development of digital photography affected the work of some photographers. Most of the photographers were – and are- deeply attached to film, but during the course of the project, several photographers began to experiment with digital techniques.

The most dramatic case was Wendy Ewald. Wendy has spent the past thirty years collaborating with communities to make pictures, but here for the first time she decided to work with digital cameras. She immediately discovered that with these cameras she would work with more communities simultaneously than with her previous projects. As a result, she expanded her initial idea of working with five schools to a plan to work with 14 communities. The scope of her project would not have been possible without digital technologies.

The digital is also an important part of our dissemination plans, as we are using the web and various social media platforms to inspire and sustain a global conversation about the artwork. The digital initiative will include images, essays, interviews, process photographs, and a variety of video and audio, including short films on each artists.

Read the entire interview at Berlinartlink.com