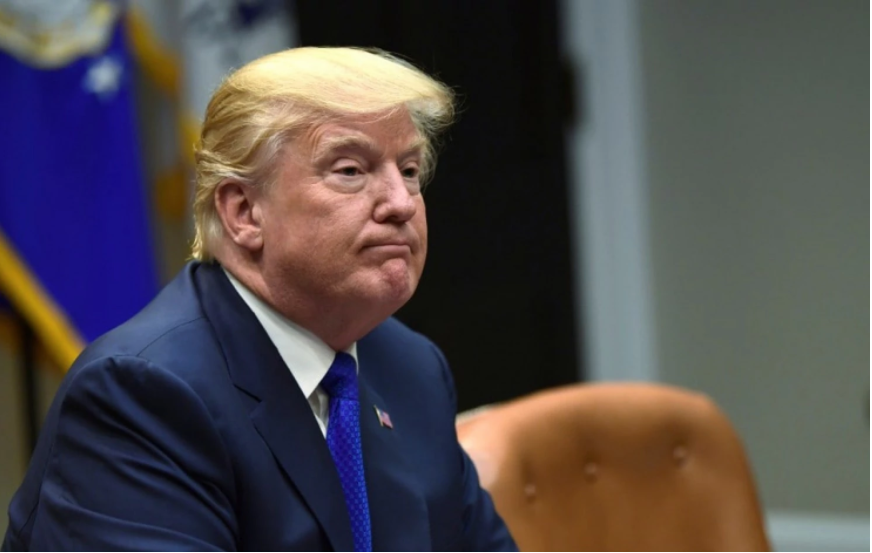 President Trump pauses as the media departs after he spoke in the Roosevelt Room of the White House on Tuesday, during a meeting with Republican congressional leaders. (Susan Walsh/AP)
December 4, 2017

One purportedly depicted a “Muslim migrant” beating up a Dutch boy on crutches (in fact, reports suggest the assailant was neither Muslim nor a migrant). Another showed a Muslim man smashing a statue of the Virgin Mary. The third claimed to capture an “Islamist mob” shoving a boy off a roof. All religions have contemporary adherents who behave badly, but Trump has never singled out individual acts of extremism by people of other faiths, let alone through video clips of questionable provenance.

The user who shared the clips, Jayda Fransen, was convicted by a British court in January of religiously aggravated harassment for hurling unprovoked abuse at a Muslim mother in front of her four children. Fransen’s organization, Britain First, is notorious for invading local mosques and confronting parishioners — conduct which led its own founder to resign, saying, “no matter how hard I tried, you cannot escape from the fact that the group is being overrun with racists and extremists.”

By sharing Fransen’s tweets with his 43 million followers, Trump yet again mainstreamed a bigot and their ideas into the public discourse, much as he did during the campaign when he retweeted anti-Semites and neo-Nazis.

Neither Trump’s anti-Muslim animus nor his cavalier attitude toward publicizing its purveyors should come as a surprise. After all, during the 2016 campaign, he openly declared that “Islam hates us.”

As a Jew and journalist who reports regularly on anti-Semitism and is frequently the target of it, I’m quite familiar with this sort of hateful generalization. To the bigot, there are not many different kinds of Jews with many different kinds of views, there is only “the Jews,” who are singled out and reduced to their most reviled actions and exemplars, real or imagined. To Trump, there is only one kind of Muslim and one kind of Islam.

In the space of a tweet, a vibrant faith is recast as a mendacious monolith.