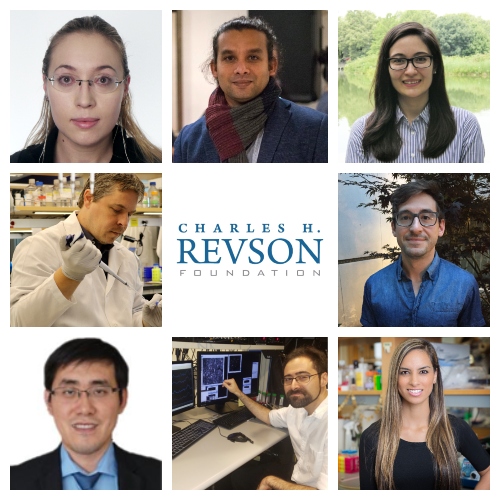 After a rigorous selection process, eight extraordinary Post-Doctoral researchers have been chosen for the Charles H. Revson Senior Fellowship in Biomedical Science! Please welcome our Revson Fellowship class of 2018-2020!

This year, we asked each Fellow to tell us why they wanted to become a scientist and when they knew this was their path in life–keep reading to learn about the Fellows! 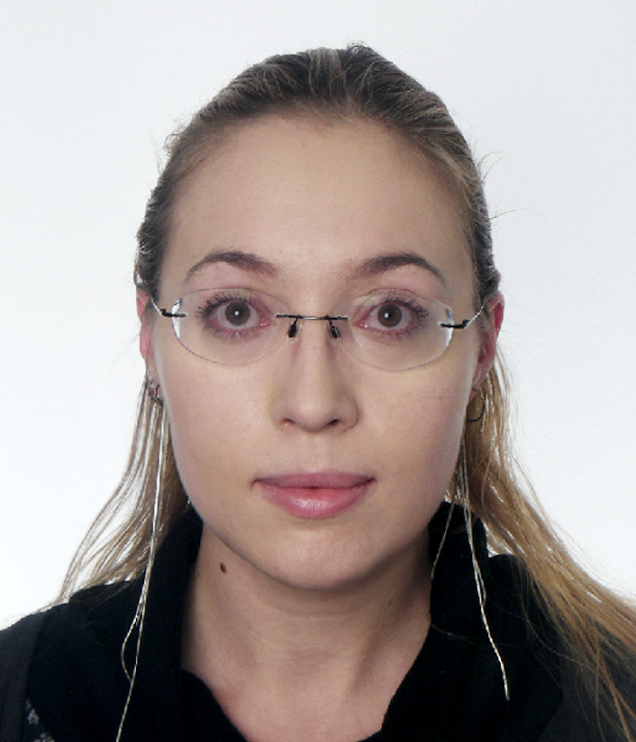 Dr. Alvarsson’s research involves a multi-disciplinary approach to understanding the role of specialized neurons produced by the central nervous system as they relate to blood glucose and thus limitations in the treatment of type 1 diabetes. She received a Master of Medical Science in Biomedicine and later her PhD from the Department of Clinical Neuroscience at the Karolinska Institute in Stockholm, Sweden.

My scientific incentive is that an improved understanding of the link between the brain and metabolic functions would lead to an increased understanding of why psychiatric disorders and dementia are more prevalent in patients with diabetes mellitus. My interest in neuroscience was kindled during my first internship in the lab of professor Kerstin Brismar at the Karolinska University Hospital where I realized how poorly understood the links between diabetes, mood disorders and dementia were, and still remain today. Thus I believe there is a call for a greater understanding of the role of the brain in diabetes. Not only could this pave the way for new therapeutic options, but it may also unravel shared biological mechanisms between psychiatric and neurological disorders associated with diabetes. 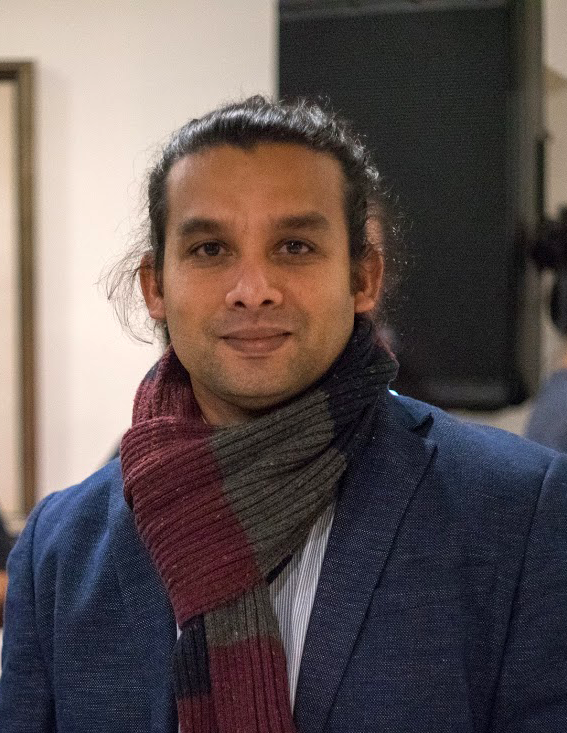 The things that fascinate me most are the wonders of the life. For me, becoming an experimentalist is the only way I could explore these unexplained secrets of nature. I tried to divert my carrier to a different path, which made me realize that I should follow my heart and science became my path in life. 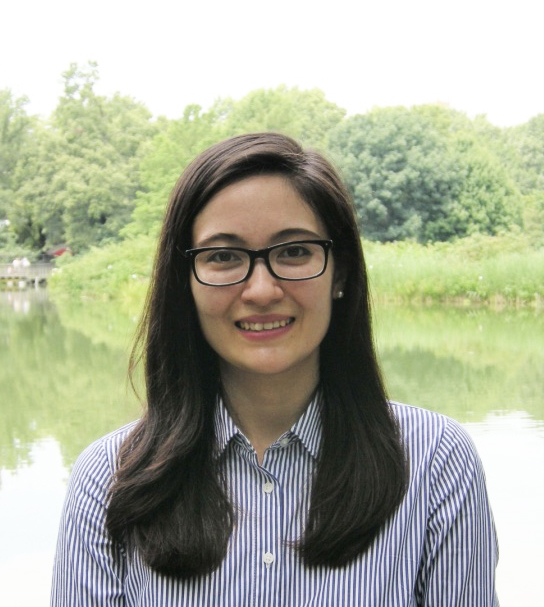 Dr. Brown’s research involves using a variety of approaches, both molecular and imaging-based, to define the mechanisms of alphavirus assembly—an emerging pathogenic problem in humans. She received a B.Sc. in Cell and Molecular Biology & Genetics from the University of Delaware. She later received a Master of Philosophy and her PhD in Molecular Biophysics and Biochemistry from Yale University.

I decided to become a scientist because I enjoy being able to figure out how things work. As a scientist, I am able to design experiments and perform research that help us understand how life works at the molecular and cellular levels. I knew this was my path in life when I first performed research as an undergraduate student. I saw first-hand how scientists use both logic and creativity to discover how biological processes happen and I knew this was what I wanted to do. 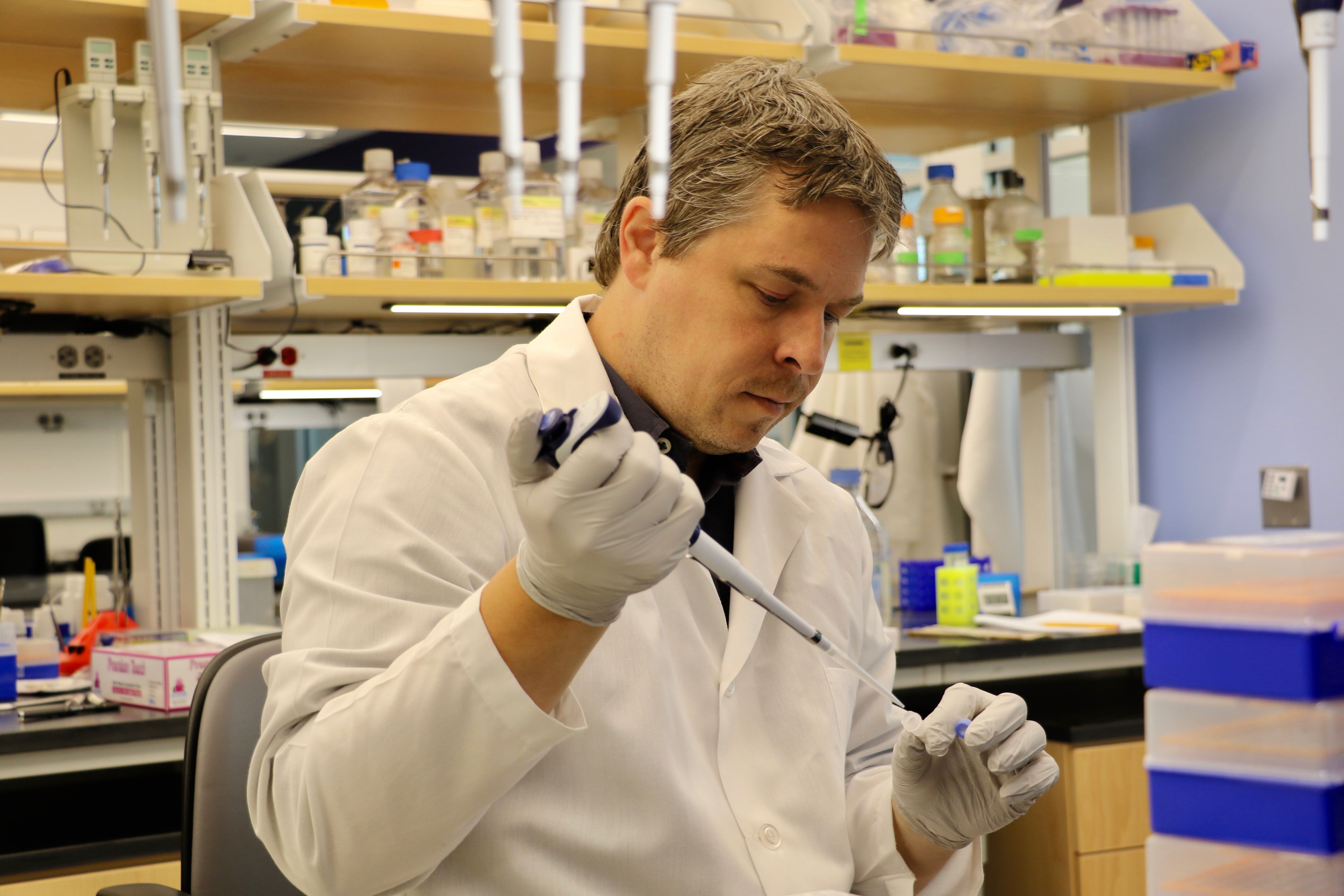 Dr. Erkenbrack’s research explores the hypothesis that a specific factor, FOXO1, has roles that are conserved between marsupial mammals (no placenta) and humans, but has also evolved unique roles specific to placental mammals. He received a B.S. in biology and a B.A. in Philosophy from Tufts University, and then went on to receive his PhD in Biology from the California Institute of Technology.

Growing up I watched my parents struggle to support a family while simultaneously working three or more jobs. I was astonished to learn that there was a career path where I would get paid to make contributions to society’s collective knowledge by asking and answering questions about biological systems and how they evolved. Between high school and college, I got serious about becoming a scientist. Today I work to make a lasting contribution to our understanding of the molecular changes and mechanisms that gave rise to the stunning diversity of cells and organisms that inhabit our planet. 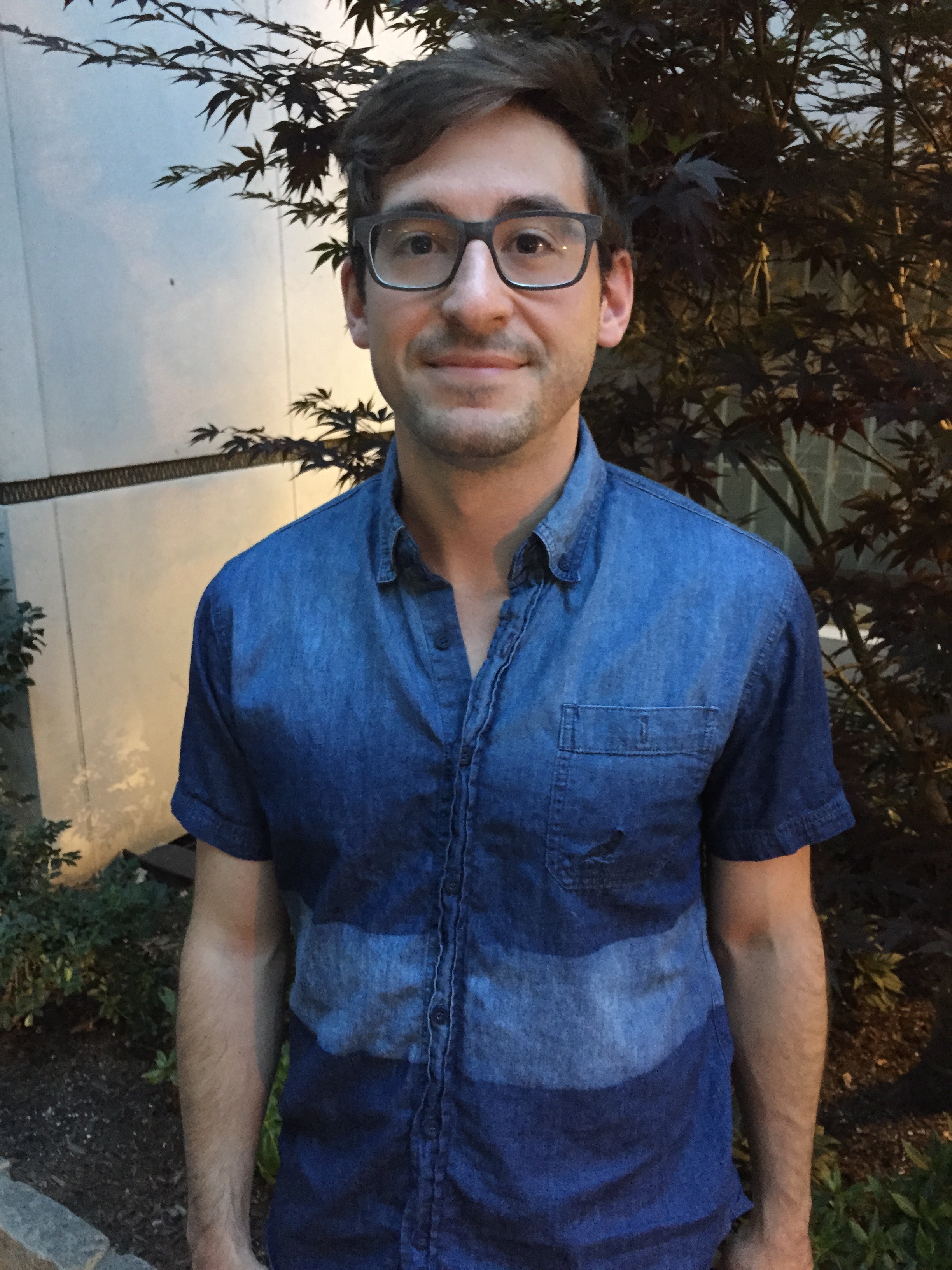 Dr. Fiore’s work examines the structure of the body’s native polymeric scaffolds, including the basement membrane, how molecular scale mechanical forces influence this structure, and how these forces contribute to malignant progression of the world’s most prevalent epithelial cancers. He received a B.S.E. in Biomedical Engineering from Pennsylvania State University and later received his PhD in Biomedical Engineering from the Georgia Institute of Technology.

As a boy, I was always taking things apart and putting them back together (hopefully), sometimes to the annoyance of my siblings and parents. Also, I was drawn to nature and spent a lot of my time outdoors – hiking, camping, and playing sports. I suppose this was a natural path to studying the structure and function of biological systems as a biomedical engineering. During my doctoral research at Georgia Tech, I initially designed synthetic materials to interface with the body. While successful for their intended applications, I began to appreciate the incredibly intricate and complex design principles biological systems have evolved, which can become maladapted during disease. Inspired, I expanded my research focus into how biological systems give rise to emergent phenomena like network elasticity, and how such signals can be interpreted through mechano-chemical signaling pathways. Using the tools of mechanical engineering, genetics, and biochemistry, I attempt to understand the basic design principles nature has used to construct biological tissues, and how these structures breakdown in diseases such as cancer.

Dr. Gao’s research explores the hypothesis that single gene mutations in patients lead to severe disease based upon finding mutations in patients in immunity related genes. He received a B.S. in Biology from the University of Science and Technology of China and then received his PhD in Immunology from the University of Texas Southwestern Medical Center.

I have been fascinated with science I was young. It is science which shows me that we can understand this world in such a precise and logical yet elegant way. The high curiosity for science inspired me to choose it as my career initially.  After joining UT Southwestern Medical Center, one of the most prestigious institutions in the US, I not only met and learned from some of the greatest scientists in the world but also experienced the bittersweet struggle through years of exploration. Excited and disappointed, yet I never get bored. More importantly, I feel I could help people by doing the work I love. It is this responsibility and passion that makes me respect science more and carry on towards this path. 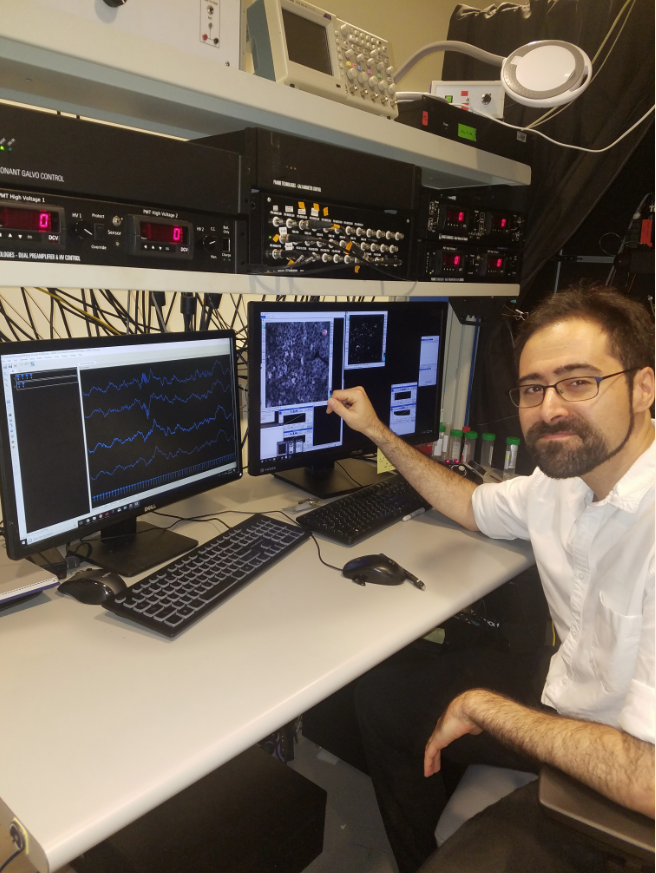 Dr. Grosmark’s research aims to explore how long term memory consolidation occurs by using multiple technologies that include imaging, electrophysiology and optogenetics to study the maturation of memory traces during learning and subsequent re-activation in mice. He received a B.A. in Philosophy and a B.S. with Honors in Biology from Duke University. He later went on to receive his PhD in neuroscience from Rutgers University.

My initial interest in neuroscience stemmed from my studies of philosophy at Duke University. There I learned the modern empirical philosophical consensus that, while often of great value, no analytical argument or introspective insight will lead to an adequate understanding of how our epistemology and cognition actually work. Appreciating the centrality of data in understanding mental processes, I began my neuroscience career by volunteering at Prof. Miguel Nicolelis’ systems neuroscience lab. However, while I might have left philosophy, some core philosophical ideas never left me. My time in neuroscience has strengthened my conviction that the brain can neither be resolved as a sum of independent biological components or as an optimally engineered cognitive machine. Rather, in order to make progress our understanding of brain physiology and function must necessarily co-evolve. Consequently, my goal, first in my graduate studies with Prof. György Buzsáki and now in my post-doctoral work with Prof. Attila Losonczy, has been to understand intricate cognitive phenomena, particularly memory, as the result of the complex internal dynamics of their biological substrates. 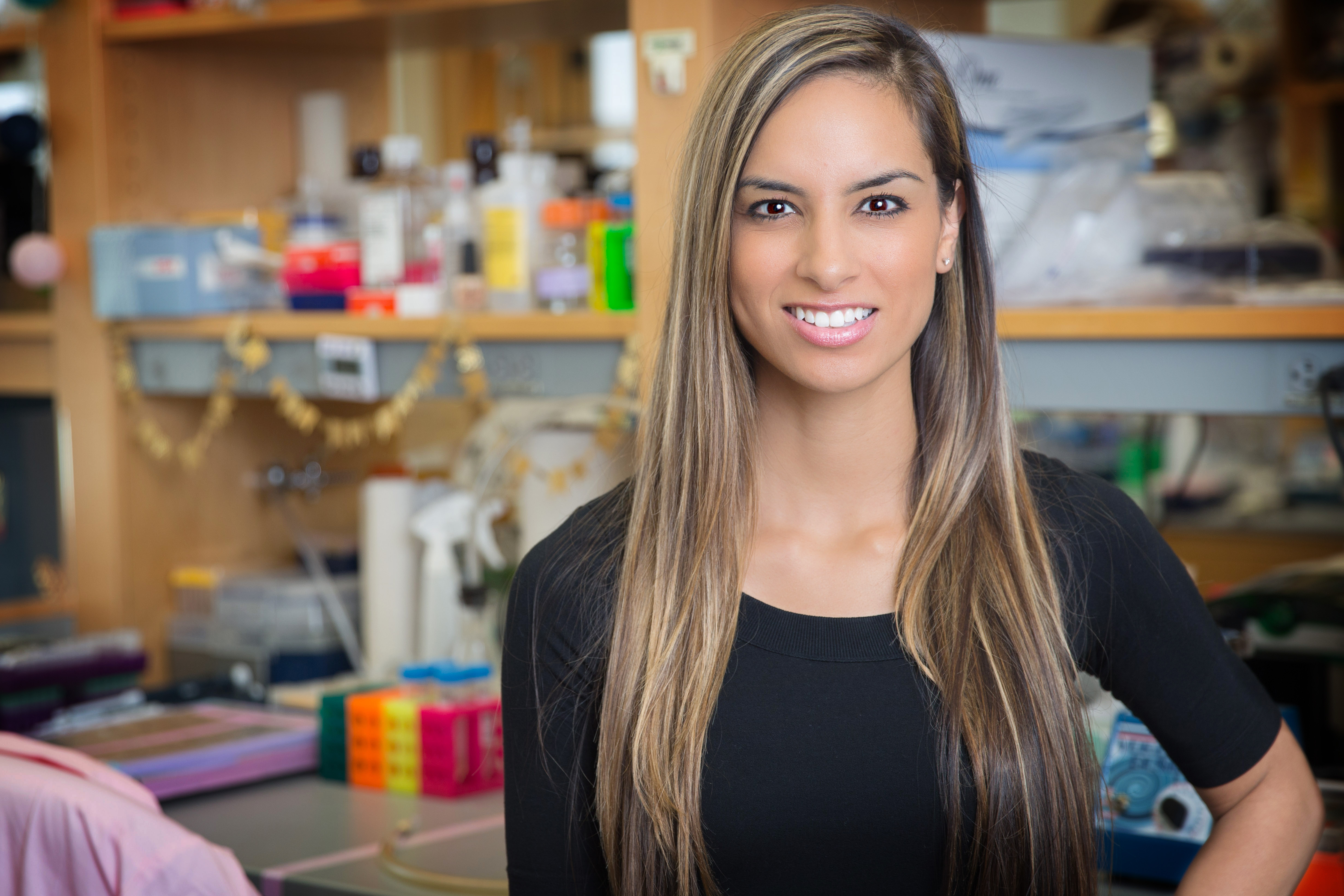 Dr. Jurado’s work aims to leverage native immune function in order to better understand antibody access to the central nervous system. She received a B.S. in Biology and Microbiology from New Mexico State University and then received her PhD from Harvard University’s Division of Medical Science, Program of Virology.

Curiosity and problem-solving are two of my favorite things and by being a scientist I get to do both everyday as a career! Unlike most, I did not realize the practice of science as a possibility until I reached college, as this was when I was first introduced to a scientist and to the field.